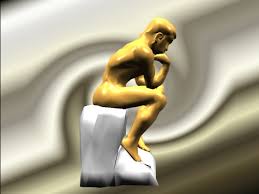 In a typical week we will evaluate two to three financial advisers or brokers for our clients. Part of our job, when trying to make certain they are one of the best, is to find out their knowledge level. We try to never make a question black or white, but we want to see how deeply, or better yet, how thoughtful they are in their answers. These are a few we felt were timely for this week.

But rather than a serious start, lets get some sports trivia based on two events: NHL and NBA!!

How much did each win in the regular season “cost” the Golden State Warriors and Cleveland Cavaliers? (Based on total salary of team including luxury cap divided by wins)

How much does the NBA pay the winning team versus the NHL? (These are 2016 numbers, 2017 is not out yet – something to do with attendance receipts, really!)

Now to the questions that matter!

What Spanish bank was sold last week for €1?

The S&P 500 is a widely-held index and replicated in many ETF’s with some of the largest investors owning it through various forms. If you sit with a financial adviser or banker they will refer to the S&P 500 even using it in your quarterly and annual reports.

A)   The market capitalization of all companies are evaluated quarterly. When the 500th company is passed by another company, that new company is then included

B)   A combination of market capitalization, price, and earnings is used to come up with a list of the top 500 companies. Each year, at the same time, the list is reformulated

C)  A group of people sit in a room, think Wizard of Oz, and use a base set of criteria, if the criteria is meet they can pick and choose as they wish which companies to add

D)  Standard & Poor’s has kept the same companies on the list except when a company mergers or go bankrupts, then the next highest earning company replaces it

There are 28 countries in the European Union. Which leader has served the longest?

How much did each win in the regular season “cost” the Golden State Warriors and Cleveland Cavaliers?

To help understand the true cost you must consider Cleveland’s incredible luxury tax at $24,773,955. Steep!

How much does the NHL pay the winning team versus the NBA?

There is a total amount paid, roughly, for this years winning teams. The money is not divided by the players for the team winning but is given to the team to then divide. A difference for certain as one team last year did not take their “playoff money,” they gave it to members of the staff (this team did not get past the first round but there is still money for each team entering the playoffs). We were shocked to see the NHL, really the NHL, paying more than the NBA. We do want confirmation on this one. We think our sources are wrong.

What Spanish bank was sold last week for €1?

Although it has been 8 years since the financial crisis, there are still concerns in various parts of the world. The challenge comes in “the baby with the bath water” approach of saying, “This bank was sold for €1 and therefore banks are in trouble as a whole.” We’ve included the S&P rating outlook from 2017 where they address banks in Spain, raise the ratings on many, but then, if you dig deeper they address Banco Popular Español separately, lowering guidance. If the outlook by S&P is accurate then they have good things to say about banking in Spain.

This was an interesting event. Normally an action like this would cause a momentary blip but in this case, not so. Advisers should be aware of this and the secondary impact. Another bank, regional bank – Liberbank, has had their stock move substantially lower – knock on effect or something different?

Ask your Adviser, “What about the banking situation in Spain?” No adviser or banker should be so wrapped up in the markets to go in-depth, but understanding what key points happen is important or, ‘Not sure, let me check it out.”

C)  A group of people sit in a room, think Wizard of Oz, and use a base set of criteria, if the criteria is meet they can pick and choose as they wish, which companies to add

A company must be a US company (loosely classified with inversions these days) with $6.1b market cap, annual dollar value traded to float-adjusted market capitalization is greater than 1.0, minimum monthly trading volume of 250,000 shares in each of the six months leading up to the evaluation date.

Then, they have these rules on where they are listed, what they cannot be (MLP’s for example), and some other criteria. https://en.wikipedia.org/wiki/S%26P_500_Index

After that it’s a party in New York at a club one night where a committee sits together, wearing long robes picking whomever they like out of the 600+ companies that qualify. Kidding of course, as these folks are very serious, but…they do get to pick who they want to include.

Here are the chairman’s words, the guy with the best robe and who gets to pick the nightclub – David Blitzer:

“Unlike many other S&P Dow Jones Indices and the majority of indices offered by other index providers, there are no rigid or absolute rules for the S&P 500; the Index Committee have some discretion in selecting stocks or responding to market events.”

The committee has been referred to as, “one of the best active managers around.” I concur. They do an amazing job of half following a rules based system like most indices. Kuddos!

Ask your Financial Adviser, “How are companies added to the S&P 500?” We go a little deeper and ask them, “Why should, or should not, the S&P 500 be included as a benchmark?” We don’t use it but that is another story.

There are 28 countries in the European Union. Which leader has served the longest?

If history is a guide this past week’s election in the UK would have had a bigger impact on the markets. However, there has been a fundamental shift in the way investors view events around the world. Greece continues with their bailouts – no impact. Qatar and the Middle East – no impact (outside some movement in oil). Donald Trump and Comey – no impact. So, what about Europe? Money has steamrolled in since February/March.

Angela Merkel has served over 11 years as the head of Germany. A stabilizing impact for her country and the EU. With the French and UK elections, issues with Turkey (remember they wanted/want to be in the EU), Spain and Italian banking, and more the EU has significant challenges but there has been an “all-clear” in large part because of the leadership surrounding Merkel. The elections are coming in September, be mindful of any changes.